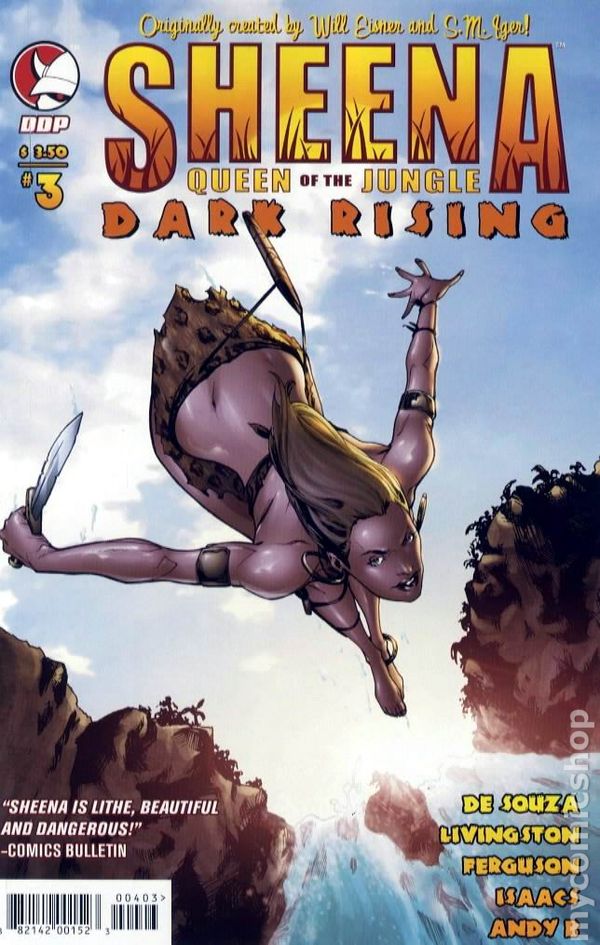 Sheena, Ransome and Kellerman are once again captives aboard the U-boat. The rich Val Verde industrialist Orrico is found out to actually be a Nazis. We get the full story about the U-boat. In the closing days of WWII the Nazis had a secret base build in the Amazon. A U-boat was dispatched to bring missiles that would launch nuclear attacks on the major allied cities. But the U-boat ran aground while going up river. The survivors were hunted down by the local tribe and the legendary Marapingu monster. Orrico managed to make it to Val Verde city and become a wealthy industrialist.

Now he is reunited with the survivors of the expedition. They then have a falling out over the goal. Orrico wants to blackmail the world to make money. His compatriots are still fanatically dedicated to carrying out the Fuehrer’s plan. The two groups start to fight among themselves. This gives Sheena to opening to escape and set the self-destruct for the secret base.

So this mini-series comes to a close. It is kind of a silly story but that’s what makes it so fun. Nazis always make such great villains. We get the story behind the Nazis which was an interesting read. Sheena manages to save the day and still keep her identity a secret from the public. And she manages to do it still looking sexy as hell.