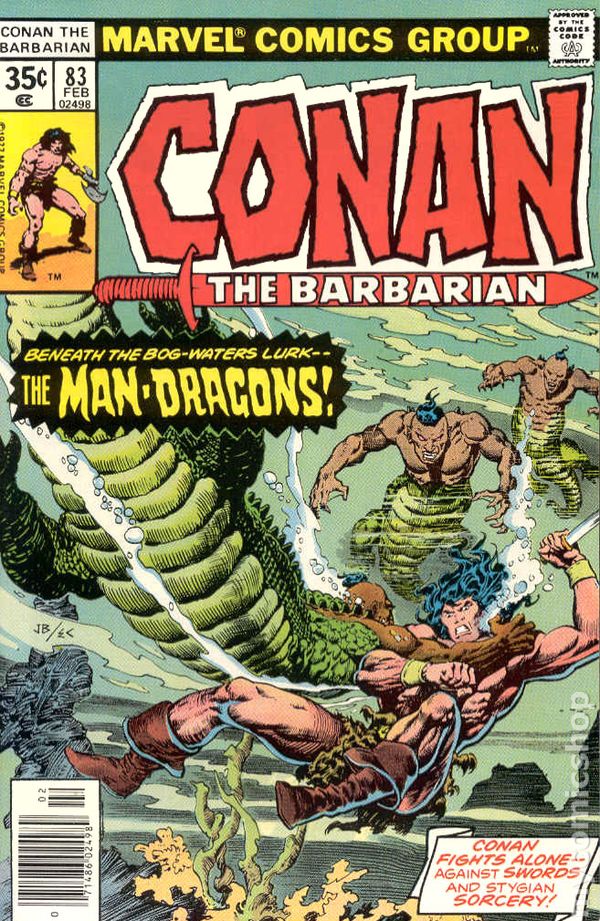 Conan meets up with Neth-at who was searching for Conan. He tells how the captive they had heard drums and knocked out his guard and escaped. Conan is also under the spell of the drums and continues toward them. Neth-at follows him. They see a figure go into the river. Then Neth-at sees Sabia and fires an arrow at her. The thing in the river than grabs him and drags him under to his death.

Conan comes to the source of the drums and Toroa is there performing a juju ceremony. The captive black is being transformed. Sabia comes and dances but dies from the arrow that Neth-at fired at her. This causes the blacks to panic and run away leaving Toroa alone. This also breaks the spell that was on Conan. He confronts Toroa and kills him. His creatures which are half man half crocodile attack and drag Conan into the river. He manages to decapitate one and escape. Then finding the captive slowly turning into a man-crocodile he sets the hut on fire and continues on to the hawk city of Harakht.

I enjoyed this Howard story. It was a very creepy one filled with a mysterious atmosphere. Conan was under some spell and struggle as he could was powerless to resist. Thankfully Neth-at managed to free him before dying. I also enjoyed the artwork of Chaykin and Chan. These two worked well together. These two Howard stories adapted to Conan were a good idea to fill in the time before Buscema could come back and continue the main quest.