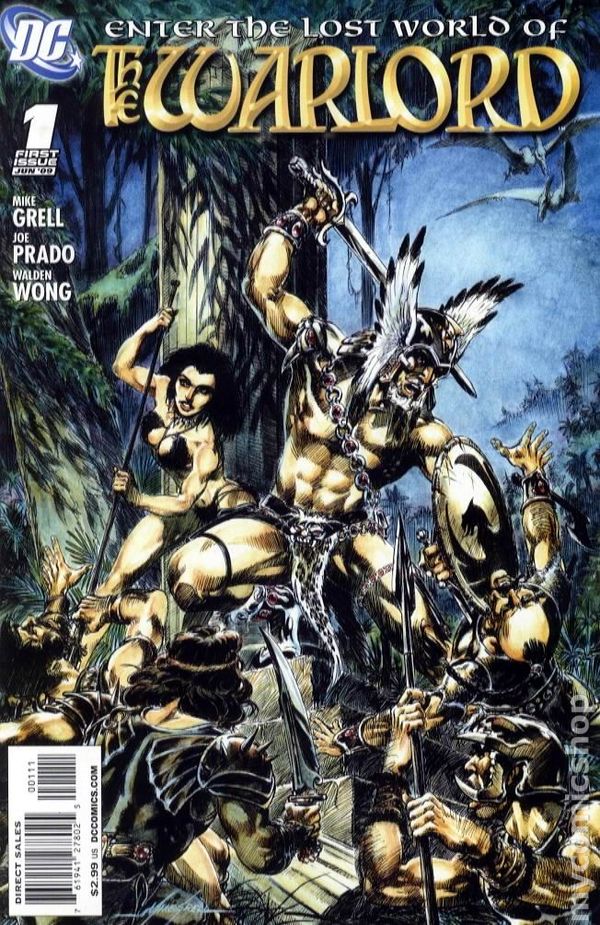 A young couple in the mountains of Tibet find a dinosaur encased in ice. The woman Alysha Grant takes the head to a paleontologist who is naturally very excited at this discovery. So an expedition is mounded in secret to further explore the cave. A daredevil and some shady guy are recruited to sneak the group in. Once in Tibet they run into a Chinese army camp and flee from the soldiers. They find the cave and there is a triangular doorway to someplace. With the Chinese looking for them they decide to enter the gateway to another world.

Travis Morgan thinks about how his SR-71 spy plane was hit by Soviet missiles and he crashed in Skartaris. While talking to Shakira a giant bird attacks them. They manage to defeat it. The bird like many humans have been fleeing a new kingdom that was established in the Shadow Kingdom. That land where Skartaris meets the surface world. Morgan questions some refugees from Kiro and finds out this new invader uses a powerful weapon that can kill from great distances and puncture armor. It sounds like a bullet from a gun.

Well after the shitfest that was the Bruce Jones reboot, I can’t tell you how excited I was to get the real Warlord back. The Warlord created by Mike Grell who came back to write. He wasn’t drawing it but found an artist that did it justice. Right off the bat we are introduced to some new characters from the surface that have found their way into Skartaris. There was a brief recap to remind us of Morgan’s origin. Then another cryptic glimpse of a mysterious new enemy conquering Skartaris with what looks like firearms. This was just a beautiful piece of work and extremely happy to get the return of my buddy Morgan and company in all new exciting adventures.