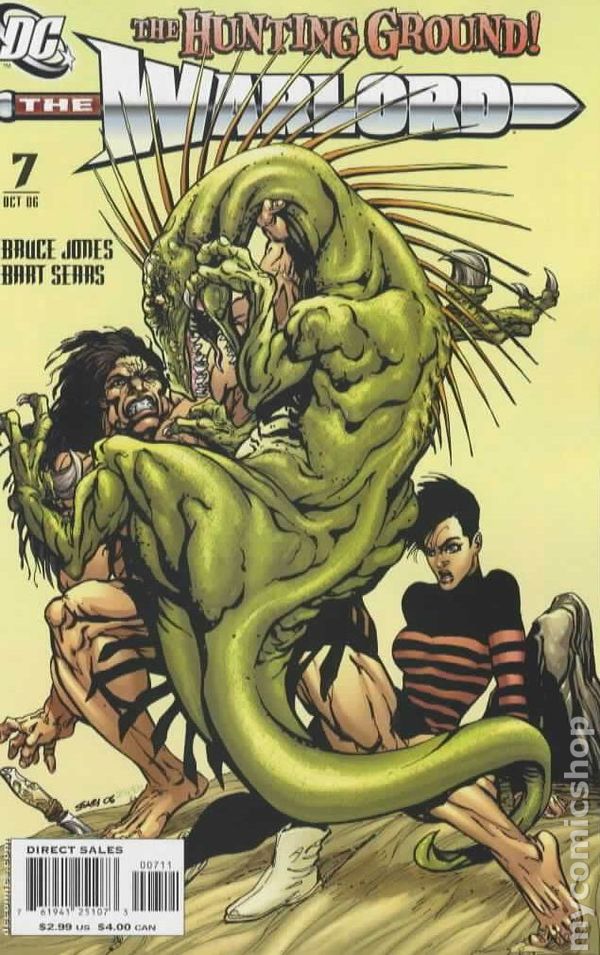 Shamballah is free and the Warlord proclaims that the city is back under the rule of King Milius. Also Princess Tara hints that the two should get married. This doesn’t go over well with Regine who is still in love with Travis. She does give him the journal of Travis Morgan that she was keeping hold of. Alexis on the deserted island is rescued from a raptor by Brovis. Brovis then decides as a reward he will rape Alexis but fortunately Terry comes to the rescue in the ship. He shuts the ship down to conserve power.

This then turns Travis back to normal but that’s OK since he doesn’t need the Warlord power. But turns out bad for a giant crab then attacks the two. He manages to get his power back and kill the crab but not before Regine is killed. Travis is mad with grief and curses out the gods.

So by now I could really care less about the story. I mean it makes no sense at all. This is really just one big stupid series. I wonder if Bruce Jones even knows what’s going on. He seems to be just spewing out babble to get something written without any care for quality.