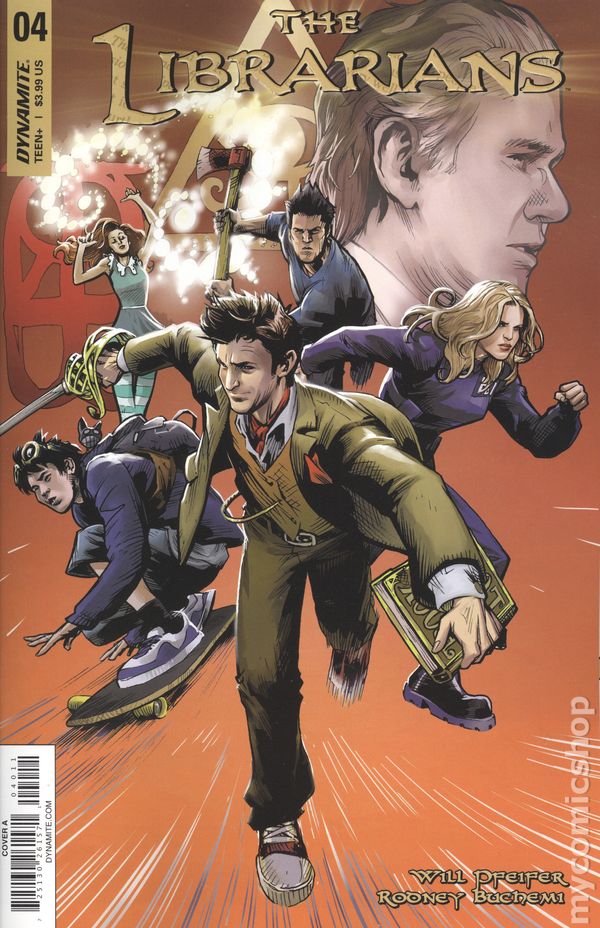 “In Search Of: Episode 4”
Writer: Will Pfeiffer
Artist: Rodney Buchemi

So the magicians from the alternate reality have started their invasion. Already giant guys in hooded robes are smashing up New York. Reports come in that other cities are also attacked. The invading magicians decide to strip Orville of his powers and some crucial bits of memory. Then they return him to the librarians. The only thing that can save the world are finding the peaceful magicians that originally send Orville. Only now Orville doesn’t remember where they are hidden. So they go over all of Schick’s movies and find the Ark that the magicians planted on Mount Ararat. They wake up the good magicians who manage to stop the bad ones and put everything back to normal. At the end they watch the movie that Schick and Orville made called “Saviors from Beyond Time.” Its a big hit and they plan another “Librarians: Protectors of the Unknown.”

So the final issue of the Librarians resolves the invasion. For the most part it was an easy resolution that didn’t involve much effort. Still it was an enjoyable story. I loved the ending. Solomon Schick is definitely a born salesman. He cares little about what people think of his movies as long as they buy a ticket. A lot like Corman. I am sorry to see this series cancelled. I thought it had another season to it. So maybe another comic series may come about in the future.