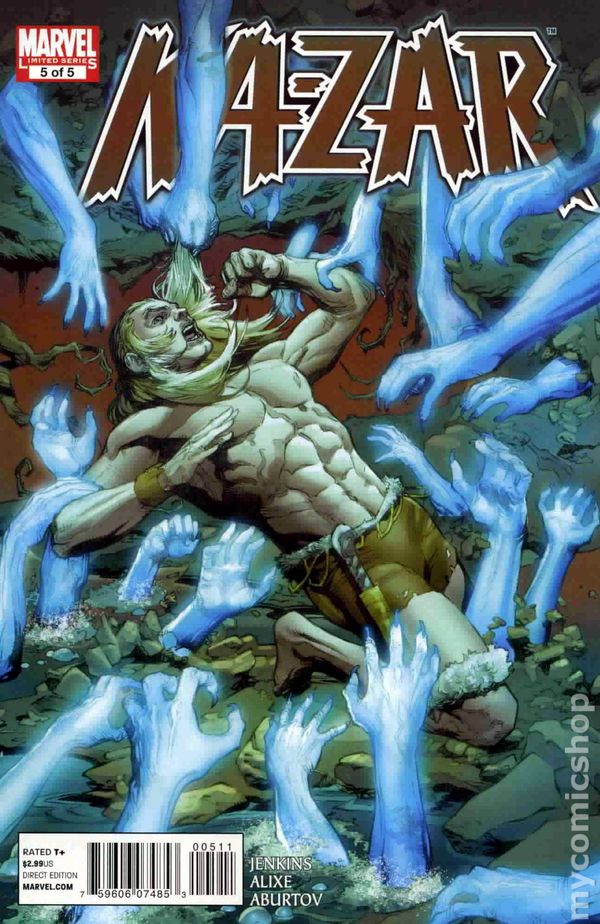 Ka-zar and Zabu confront Torran and his entire Ether tribe. Only Ka-zar isn’t alone. All the other tribes of Pangea come to support him. They fight and the introduction of triceratops riders force the Ether to surrender. Torran has a big temper tantrum and vows that the tribes will regret siding with Ka-zar. Meanwhile Arwandi makes his speech in front of the U.N. General Assembly and wows them. They vote for the carbon credits to compensate the corporations. The military comes in and arrests the mercenaries. So everything looks good at the end.

So carbon credits make their triumphant victory. This is the final Ka-zar series that has been written. I have to say that it was the most dreary of the series. This is the problem with most modern Marvel comics. More interested in some message and not fun storytelling. A character decides to burn his forest to save his family but also decides to commit suicide by burning with the forest. Roxxon CEO also decides to commit suicide with his failures and mounting investigation of insider trading. Really just gloomy stuff. Hopefully when the next series comes rolling around and Ka-zar is resilient he always seems to bounce back for another go. I hope they return to the more fun adventurous spirit that I loved about this comic.