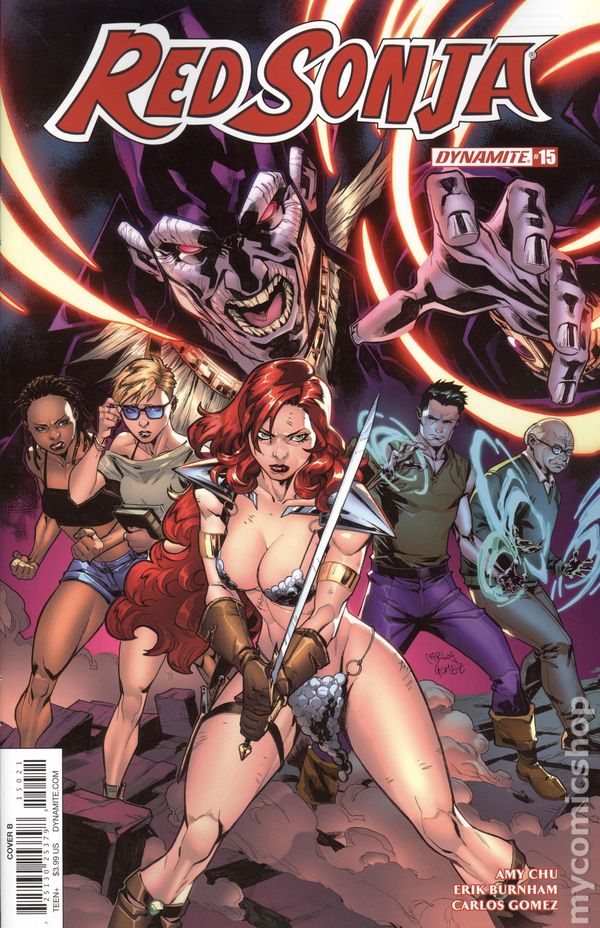 Sonja and her companions are finding the going to Meru difficult. The followers of Gath are many and constantly attacking. So she gets the idea to find a wyvern and fly there. Later in the main city of Shamballah Sonja and Wallace come up with a plan. Wallace casts an illusion spell to look like one of Gath’s followers who has captured Sonja. Sonja breaks free and has to fight her doppelganger. The clone that Wallace created is still around and now infused with Gath’s magic. Sonja is the real deal and easily dispatches the clone. So Gath is going to destroy all of Meru and starts with Wallace who he immolates with fire.

So we are getting to the conclusion of the whole Gath storyline and its about time. An interesting issue. The writers keep it going quickly. They even just skip showing the find and fly a wyvern. Its just left to the readers imagination. Max is apparently serving Gath to minimize the deaths of his fellow Meruvians. He seems to be fully whipped and now has given so much power to Gath. Gath is not interested in keeping his end of the bargain. Sonja fights her clone and we end on a cliffhanger as Wallace seems to be toast. Interesting to see how its all resolved.