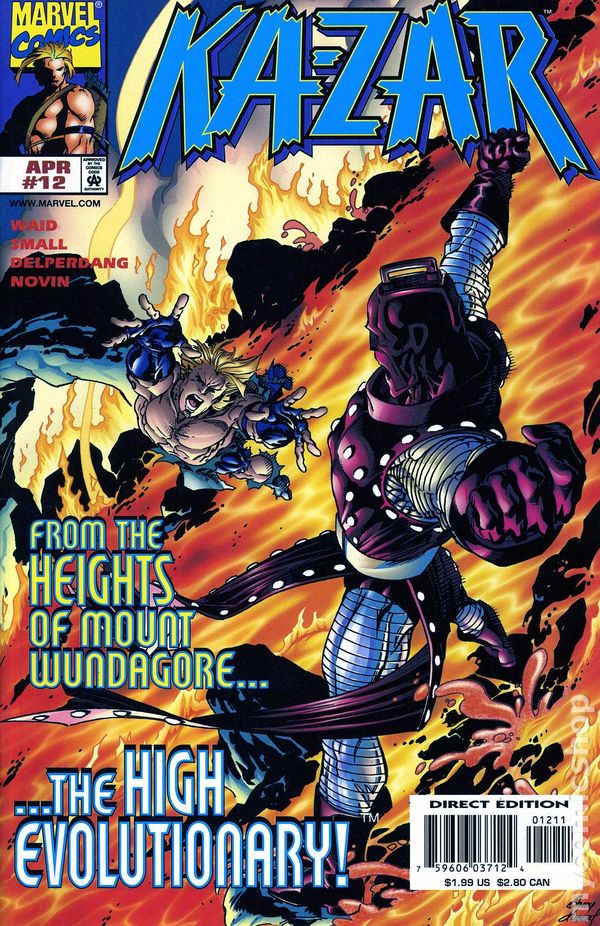 The Savage Land has been saved along with the rest of the universe. Things are getting back to normal except Shanna is now the one people look to as a leader. Ever since she absorbed the power of the terraformer she now has power over nature. This is causing Ka-zar to be a little resentful at his wife’s new found status. After they get into a fight over it he goes off to find the High Evolutionary. The High Evolutionary is back in the Savage Land conducting his goofy experiments on evolution. He is completely disdainful of Ka-zar and shows no interest in fixing the terraforming machine. But when he hears of Shanna’s new found powers he has to investigate.

So the Urban Jungle story is over and we pick up in the aftermath. Thanks to Shanna the Savage Land is still around and not under the Antarctic ice. She seems to really enjoy her control over nature and I can see where down the road it might go to her head. Still Ka-zar does seem to be a bit immature. In fact at the end he does have some concerns since it looks like the High Evolutionary has become a little too interested in Shanna. A good laid back story after the more intense Urban Jungle story.