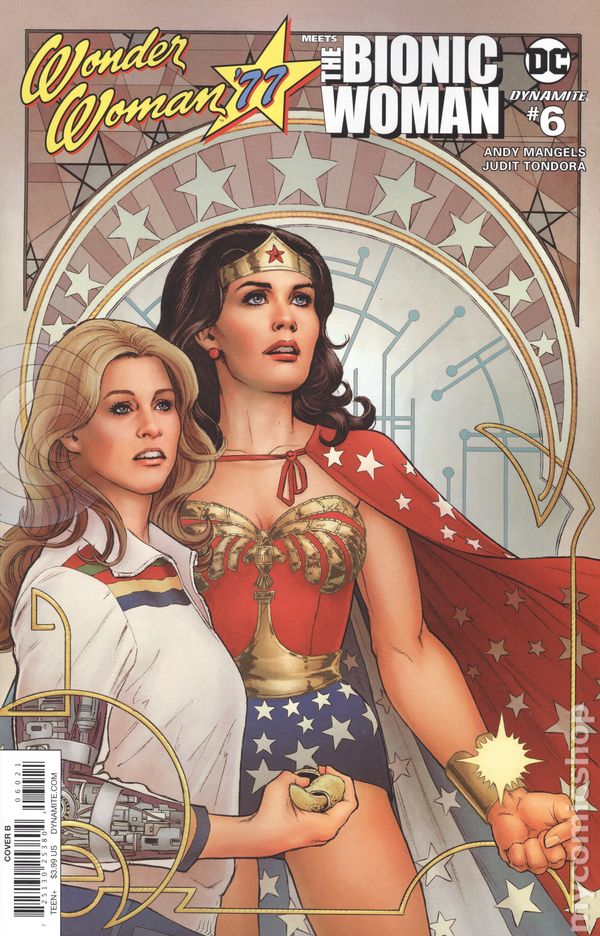 CASTRA’s army of mercenaries and Fembots under Radl are winning the battle for Paradise Island. So Wonder Woman and Jaime implement the only option they have. Going to the temple of Athena. There the Stones of Soteria resonate a magnetic field that keeps the island hidden from the outside world. They use the stones to generate a large electro-magnetic pulse that knocks out the Fembots. Meanwhile Wonder Girl, Max, Rudy Wells and Joe Atkinson successfully take out CASTRA’s HQ in South America. The evil villains set off the self destruct and Dr. Cyber vows revenge.

The final issue is this series comes to a satisfying conclusion. CASTRA is defeated and Paradise Island is safe. Some of the villains escape and we learn that CASTRA was not the main player. It was being used by an artificial intelligence called Alex 8000. Alex 8000 in the robot body of a beautiful woman was using CASTRA to acquire the necessary technology for her plans to control the world. So a sequel was left open. I hope its written. I enjoyed this fantasy team up. I could believe that this was a real TV special from back in 1977. It was very true to both series.