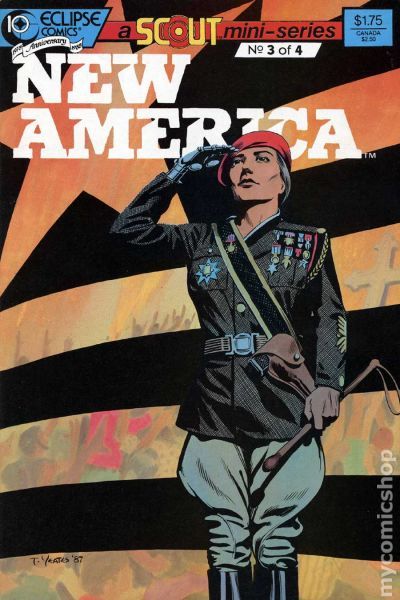 For the past few years Winters has lead the Southwest Rebellion. She’s had some success and has been able to cultivate contacts in South America. Now with the help of the Israelis she will rescue the Pope. The Pope is a captive of a drug lord in Colombia. The drug lord Munoz did not like the new Pope’s activism and hopes to eventually replace him with a puppet cardinal that he has. Winters manages to successfully take over the radio station that the Pope is at and convince him to call for a crusade against the drug lords. In the uprising they manage to get the Pope back to Texas. Winters then turns on the Israelis by keeping the Pope in America to weld his political influence. She ends up killing her Israeli friends.

The story is getting more interesting. Rosa is showing a commitment to her country even at the expense of her friends. Interesting that they accurately predicted a South American Pope in the next century. We also get narrative from her autobiography which is published in 2016. Always interesting to read about the future when you’re living in it.