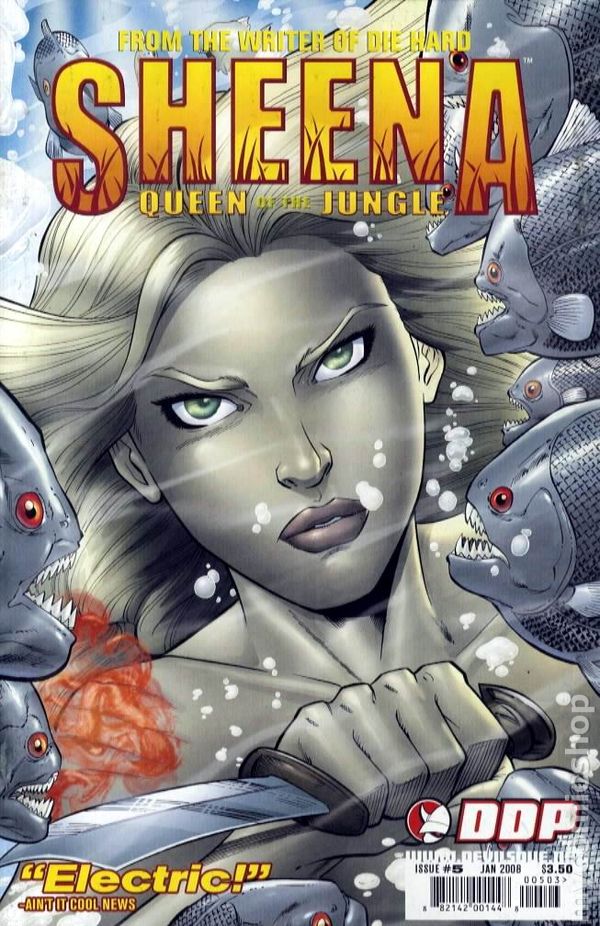 Sheena has been taken prisoner and is taken off to the city. Laura Jeffries has no interest in bringing Sheena back to her grandfather and has a RPG fired into her jeep. Sheena knows this will happen and jumps out in time into the river. Kellerman and Ransome follow. The three are later captured by Sheena’s tribe and taken to their hidden city deep in the jungle. It is here that we meet Don Felipe a magician con artist who had stowed away on the plane that Sheena and her parents were on. He managed to rescue the child and parachute to safety. When they landed among a tribe of headhunters, the tribe bows down because they think that Don Felipe is the Sky Father who was prophesized to bring the savior. This is how young Rachel Cardwell became Sheena the savior of the rain forest. Sheena, Kellerman and Ransome make it back to Val Verde and prove that Sheena is Cardwell’s lost granddaughter. Sheena thus must live in what she calls the “Madhouse” that is civilization to work at saving her beloved jungle.

This is the final story in the first series and nicely ties up the story. We learn Sheena’s origin. It also sets up a very interesting world full of potential stories. We will see those stories in later reviews. I really enjoy this series. It has adventure, mystery and one sexy woman in a leopardskin furkini.

One thought on “SHEENA QUEEN OF THE JUNGLE #5”